The first Low-Code Day Berlin is over. Here’s what we learned.

The first Low-Code Day Berlin is over. Here’s what we learned.

On October 24th the first Low-Code conference in Germany took place. As a partner, sponsor and keynote speaker, it was a pleasure teaming up with the team at SIBB for this event.

The entire day was dominated by one common pattern. Low-Code arrived in Germany and it is definitely a big topic that CIOs, CTOs, CEOs and developers alike think about. About 100 to 150 people attended Low Code Day Berlin to share and discuss the current state in Low-Code development.

One of the main reasons we were stoked about Low-Code Day Berlin was John Rymer.

To give you some perspective: John Rymer is one of the people who coined the term “Low-Code” in the past decade. Therefore, he is a big influential factor for the entire Low-Code market.

John leads Forrester’s AD&D (Application Development & Delivery) research on cloud as well as Low-Code development platforms. In his keynote talk, he delivered some great insights on the entire Low-Code industry and how it’s moving forward.

As a Low-Code development platform ourselves, it was great to see a big overlap in his understanding of Low-Code with our vision of building a Low-Code platform.

One of the big learnings from John Rymer’s keynote talk: 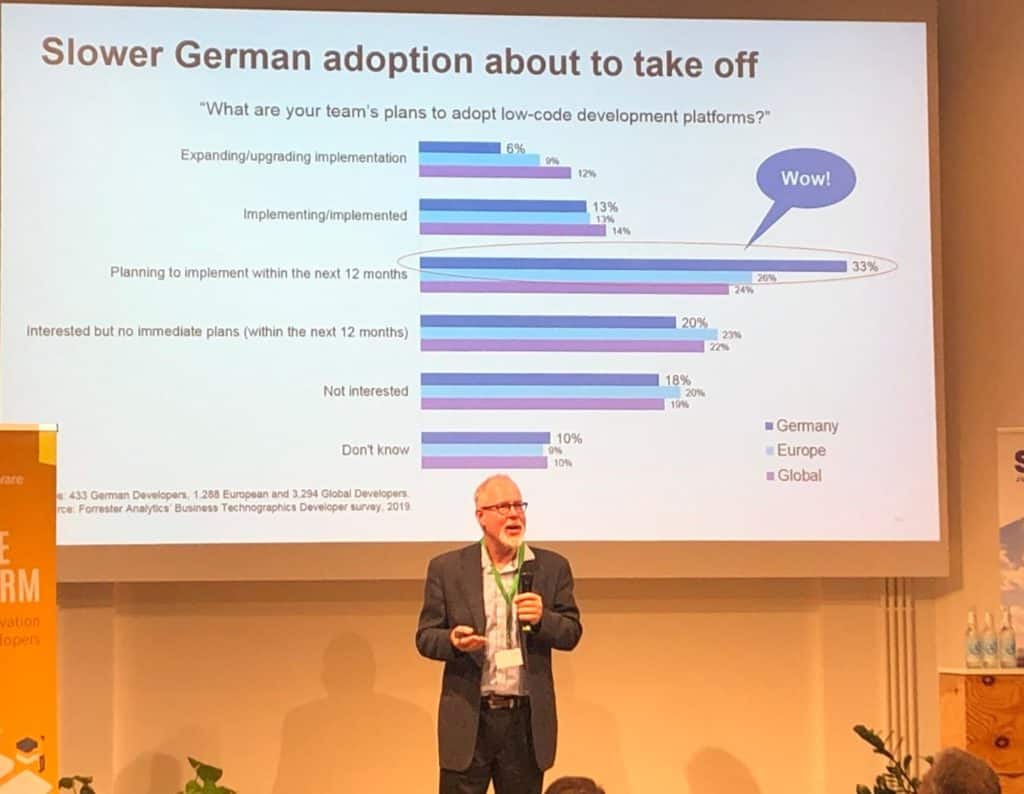 John Rymer also argued that the future of Low-Code will be mostly driven by business developers. Why?

Simply because the number of applications built by business developers is ever-growing. Those applications are aimed to optimize customer journeys and drive digital transformation.

Instead, IT teams can only create a very limited number of apps that are controlled by them. 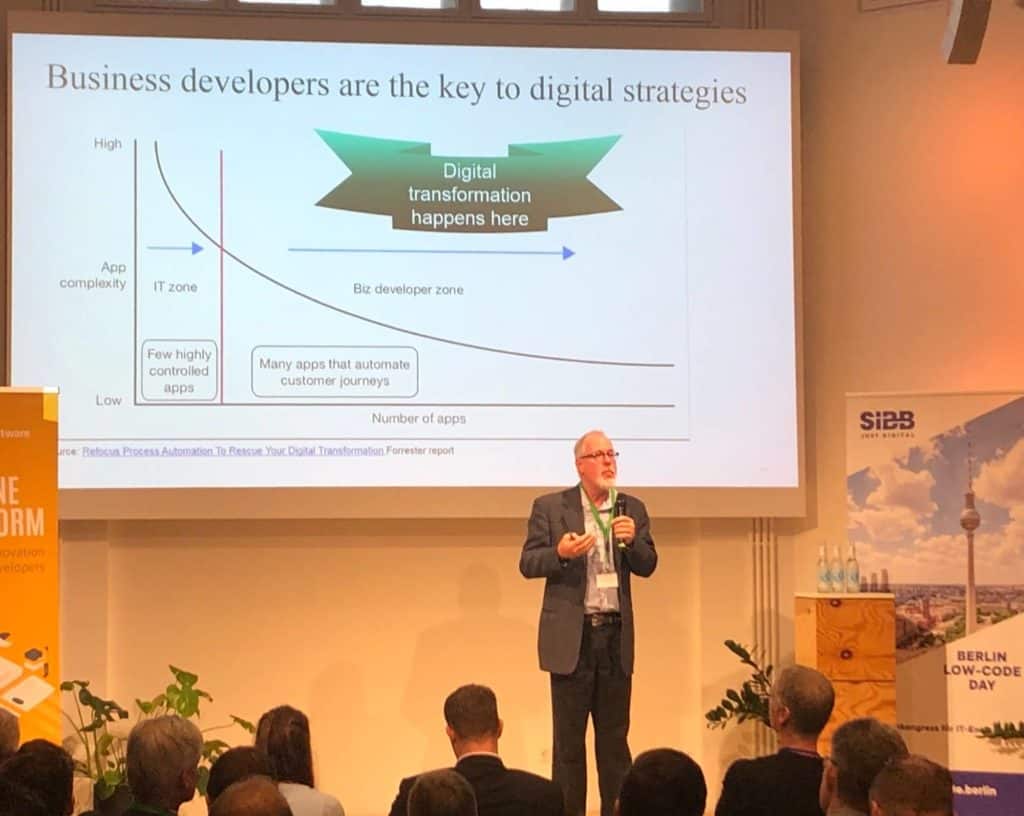 The following segmentation of Low-Code platforms provided some insights into how Forrester sees the current market of Low-Code development platforms.

Depending on which segment you – as a Low-Code platform – operate in, you will find a different audience with different pain points, use cases, goals, and features.

Low-Code platforms for AD&D pros are mostly focused on:

Low-Code platforms for business developers are focused on:

Overall, it can be stated that utilizing a Low-Code platform will boost collaboration between IT and business as well as accelerate the time developing applications.

The reality of Low-Code

Honored to participate in the first Low-Code Day Berlin as a keynote speaker, my talk focused on authentic insights on the current state of Low-Code as well as a short outlook on what’s ahead.

One of the main outcomes of my session: Building applications the Low-Code way can have some big benefits for… 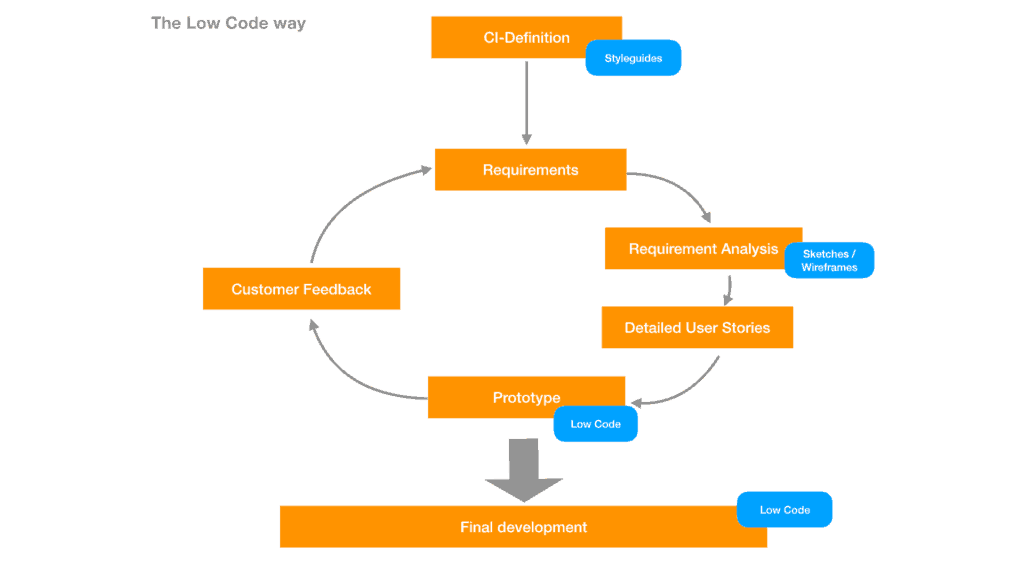 Do you want all slides from my presentation? Simply send me an email at roland.hoermann@sibvisions.com and I’ll send you the entire presentation.

Live Coding Session: How to build an invoicing application in 20 minutes

All in all, we are looking back to a well-organized, highly interesting first Low Code Day in Berlin. The organizers managed to bring together Low-Code experts, business deciders as well as tech practitioners from Germany as well as Central and Western Europe to discuss the current state of Low-Code. 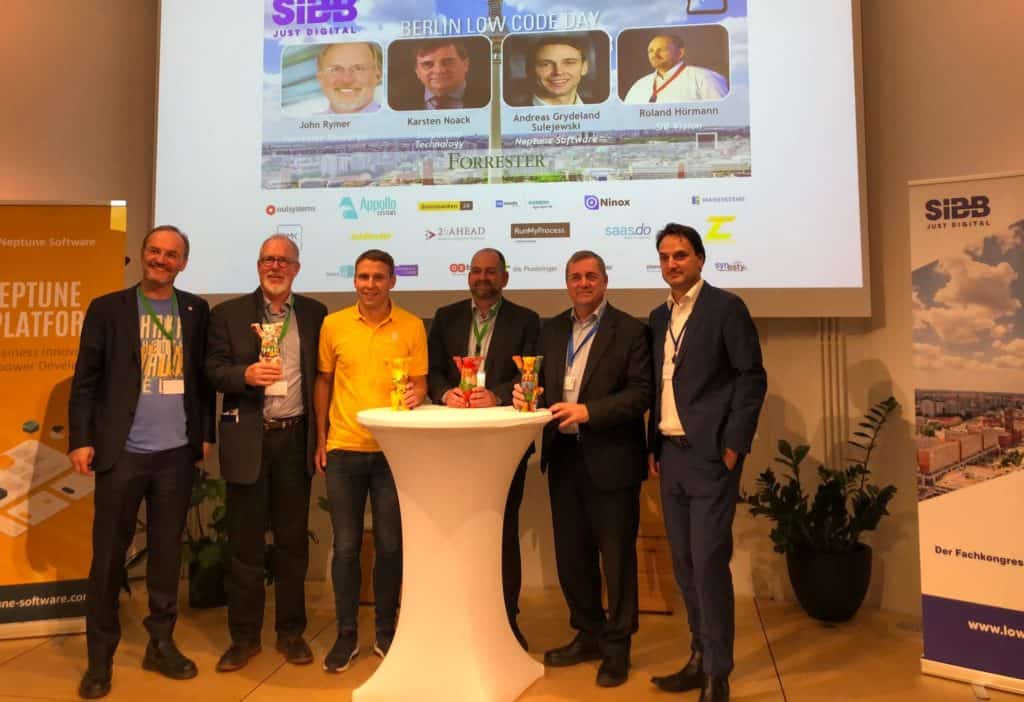 PS: In a couple of weeks, on November 6th, we are participating at the Low-Code No-Code congress in Rotterdam. If you are around, say hi.

The Best Low-Code Blogs You Should Read

Requirements engineering and the role of Low Code

by Roland Hörmann
We use cookies to ensure that we give you the best experience on our website. If you continue to use this site we will assume that you are happy with it.OkPrivacy and Cookie Policy