New Release: VisionX 5.5 with more features than ever

New Release: VisionX 5.5 with more features than ever

Our latest release is now available, just in time for the holidays. Our elves… ahem, our developers… have been very busy this year building the functionality you’ve been asking for. With this release you should be able to build amazing applications with even more functions, faster and easier!

We’ve put our existing native clients on completely new technological footing. The mobile client is developed with Google’s Flutter framework, which makes it possible to develop truly native mobile apps for iOS and Android with a single code base. This means that apps can look identical on both platforms or iOS apps can have the typical Apple look (Cupertino Controls) while Android apps appear in Google Material Design.

The user interfaces of VisionX mobile applications are now 1:1 identical with the web applications, so any mobile application can be implemented according to the customer’s individual requirements. If very specific UI elements or features are needed, the mobile app can be extended at the Dart code level in the Flutter framework, or even with native Object C or Android SDK code. Customizing examples are provided, as well as an API. With all of these changes, visual designability in VisionX is still preserved. And while we’re talking about mobile, the new comprehensive responsive functionality of VisionX is very helpful – see below.

Previously you could only preview mobile views directly on a device. Now you can look at a live preview in your browser with the mobile simulator. This makes designing for mobile much faster and more intuitive. 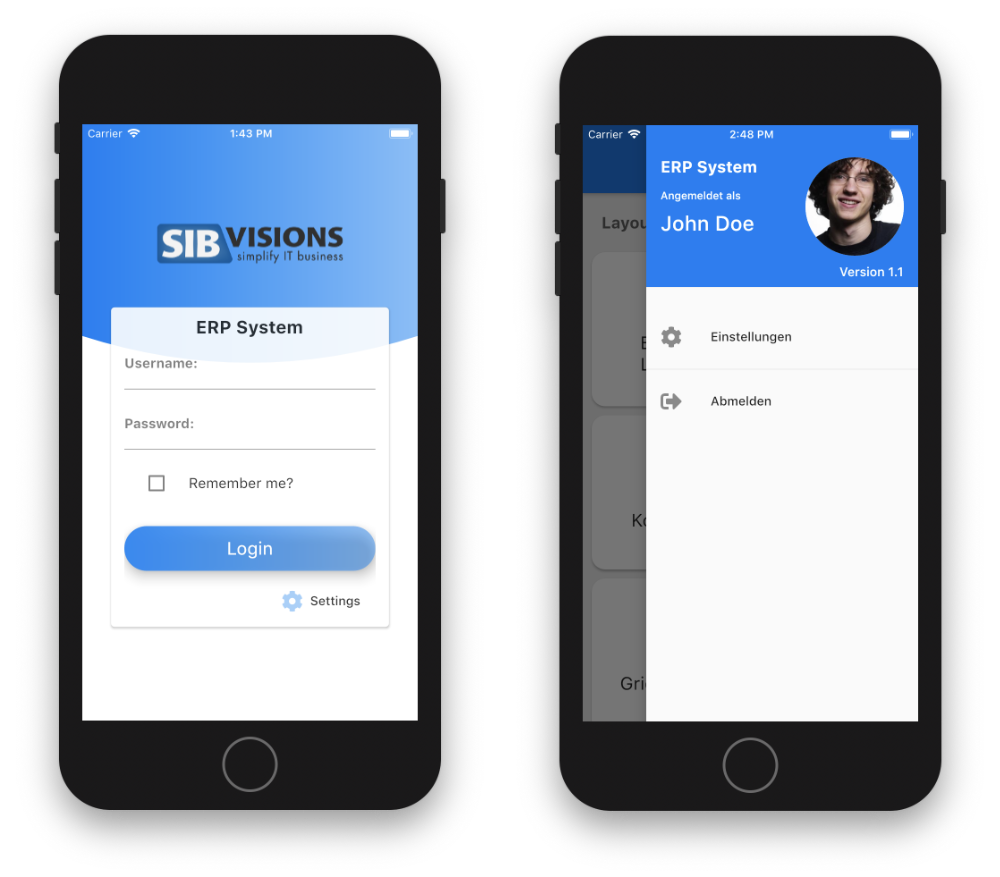 And if all of this is Greek to you, don’t worry. It simply translates to easier design and testing of mobile apps with better user interfaces.

Responsive design refers to a flexible web design approach that “responds” to the size and capabilities of the device. For example, on a phone users would see content shown in a single column view; a tablet might show the same content in two columns. Images may be resized and menus might be displayed in a completely different form.

We have made our existing responsive design designable through the VisionX User Interface Designer. You can now determine which group of elements are automatically wrapped on smartphones, or if you should determine yourself how the elements should be arranged. The frequently used editing panel already contains the typical default settings, and so all new screens are automatically responsive, including detail view. This applies immediately not only to web apps but also to mobile and desktop applications. So you can be sure your apps look great, no matter what device the user has or what size the window is.

Most apps don’t stand on their own; they connect with internal or third-party apps and databases to send or retrieve information, most often through REST APIs. VisionX support for REST services just got easier.

In addition to REST support in the workflow engine, we’ve now added powerful CRUD REST support. This makes working with REST services as easy as working with database tables, with just a few clicks. Out of the box we support more than 50 REST services from various standard software and SaaS services. Through Zapier (an amazing web app that allows you to automate actions between different web apps) we can actually support over 2000 apps with countless services. 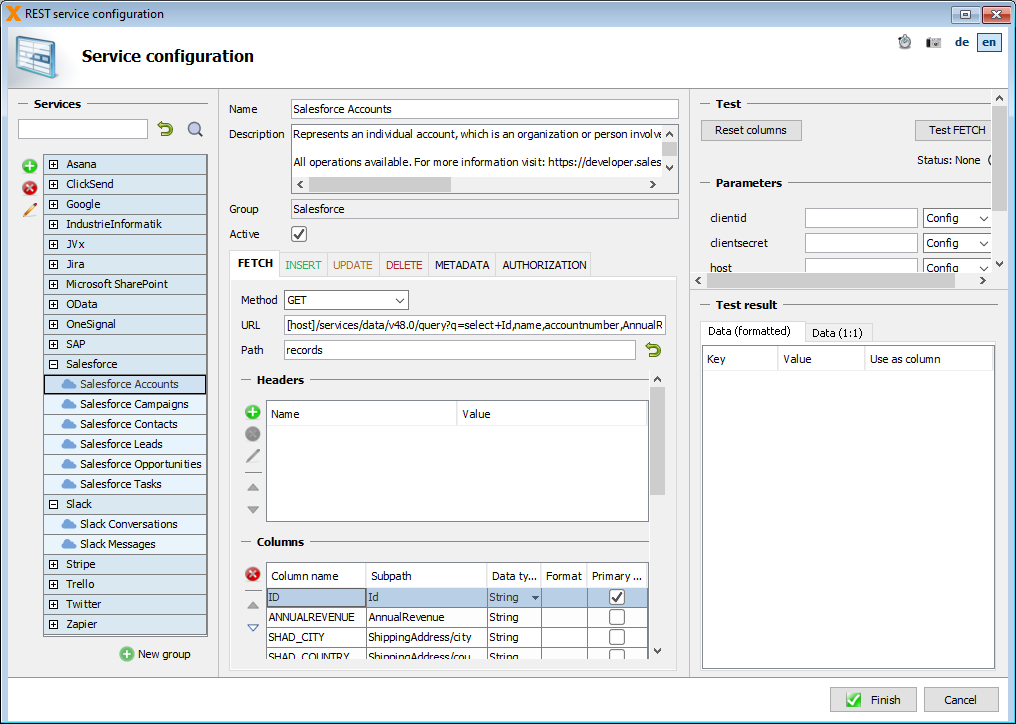 You can also configure CRUD REST services yourself for other REST services more easily than with other vendors, in order to integrate any system with your VisionX applications.

Just download the REST Add On from the ready made solutions store!

With the new Query Editor, even business users / citizen developers can easily query data and use it in screens, dashboards or reports. Links between tables are automatically taken into account and group functions such as sum, average, etc. can be used. This makes it much easier to develop advanced automation for report generation and much more.

Just download the Qeury Editor Add On from the ready made solutions store!

We provide a huge library of built-in actions, like sending an email or getting approval, so you don’t have to reinvent the wheel. With a total of more than 210 actions, business users can add a lot more functions and logic to their applications. For this purpose, we have also greatly improved the function of the Action Editor. This includes action categories, intuitive action search function and action documentation. Many new visual entry helpers are available for selecting action parameters to make it very easy to use, for instance color selection, moving actions and much more. 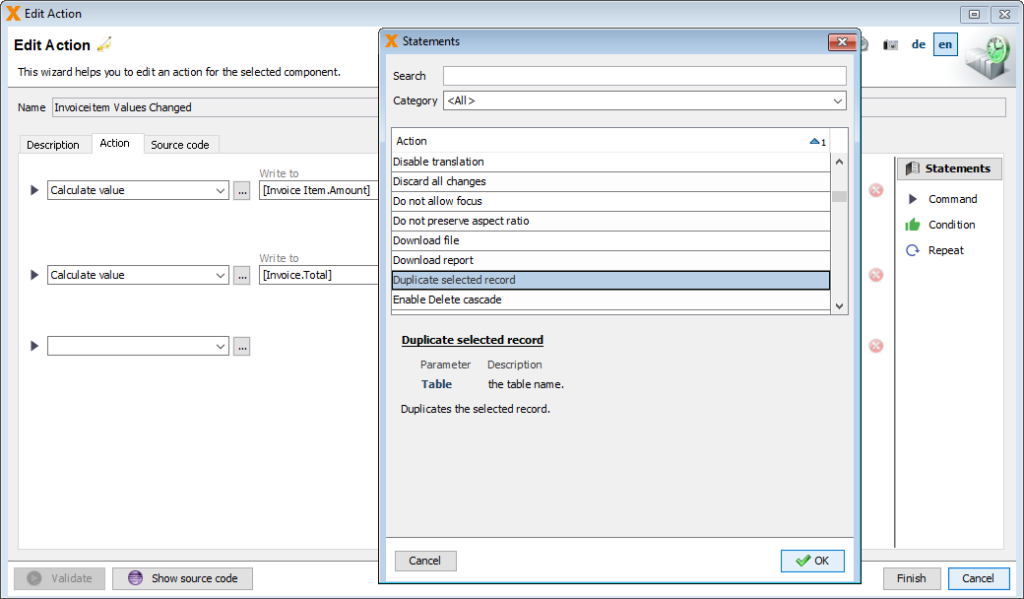 Here is a selection of new functions:

And last but not least, more than 150 bugs were fixed.

The download area already contains links to the latest version of VisionX.

Please report any problems as usual and have fun turning your vision into reality!